NA Prep will offer our region the best spring hockey development opportunities in 2023. We will offer three to four tournaments and eight to ten hours of player and team on-ice training. Most tournaments will be held in Canada to maximize your player's development and competition. One tournament will also be scheduled in Seattle.

Playing on an NA Prep Competitive Spring Hockey Team offers an opportunity for young athletes to enhance their hockey skills while playing with like-minded and similarly skilled players from our community. This experience creates an environment that develops responsibility, new friendships, and lasting memories, all while growing and developing skills as a well-rounded hockey player.

We offer two pathways for our hockey players and families within our hockey program: the Elite program and our A program.

Our Elite path is our most competitive Spring Hockey program and is geared toward players 6 to 15 years of age.  Our teams are made up of the highest skilled (top 10%) of players for each age group from our hockey community. Most of our players play Elite level winter hockey at the top tier for their age group.

Our A program is geared toward players 6 to 15 years of age. The team comprises the top 20-30% of our hockey community's upper-middle players for each age group. Most of our players play on A teams during the winter months. This will allow our players to compete at a higher level with players possessing similar skill sets, ambitions, and backgrounds. This program is designed to prepare players for higher levels (AAA/AA) of tier hockey.

Our Spring Hockey programs are offered over a 9-week period between April 1st and June 4th. Each team practices on the Thursday of a tournament week for 1.5 to 3 hours. Exhibition games may occur on Thursday evenings and tournaments run from Friday to Sunday. Our teams typically participate in four Canadian tournaments (Calgary, Banff, Canmore, or Jasper). Our teams are also scheduled to travel to Seattle for tournament play.

Our registration process opens on November 1.  Evaluation sessions for our teams typically start a couple of weeks later, in late November (see evaluation schedule below).

Because of the growth of our program, we have changed our evaluation and selection process to accommodate our players and parents better. NA Prep is a select program; our coaching staff selects players they feel fit the team's needs. All players participating in our program have a player rating that fluctuates as their program participation continues.

Once players are registered with us, we will roster them to a rating group. The first groups are formed in early November, and we will continue to roster players throughout this process 30 or so days from the day of registration.

Each of our age groups typically has 1-3 separate evaluations or ID Skates. We will add additional sessions to the schedule below once we have a better idea of the number of players registered for our sessions.

Parents must first register for the spring program on our website and pay the deposit. We will compile a draft database of players and then select players by their player rating. New players that our coaching staff has not seen can be recruited in several ways:

| Home of The Champions Invitational

| Home of The Champions Invitational

| Seattle Quest for The Cup 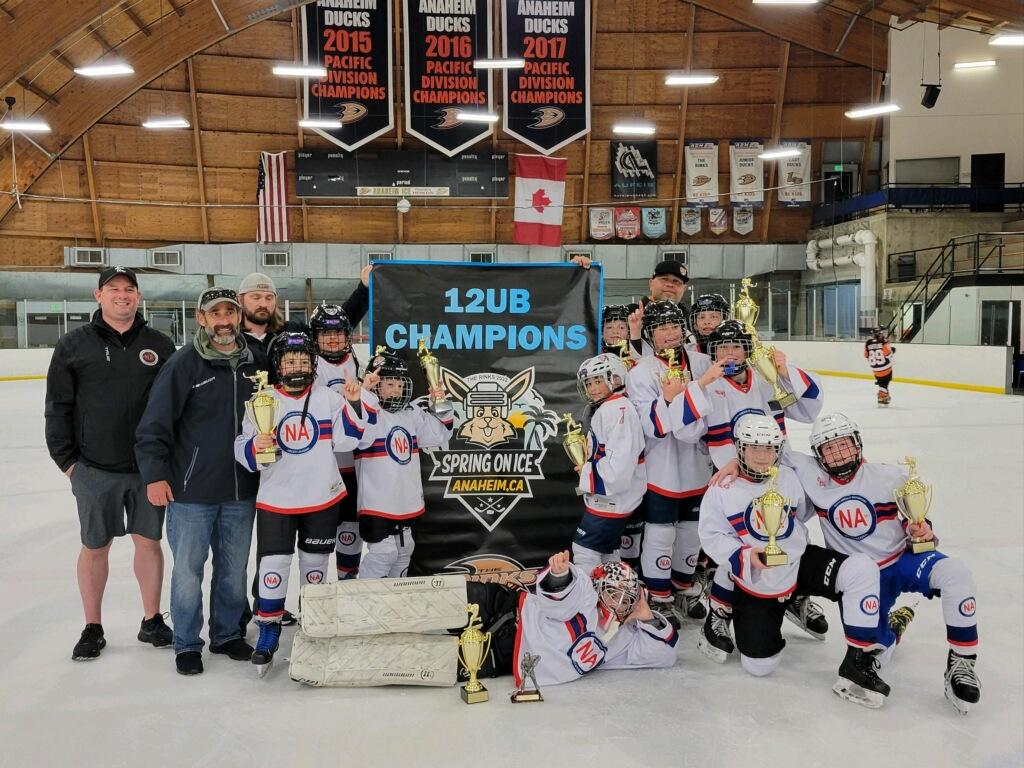 2022 SEATTLE QUEST FOR THE CUP CHAMPS! 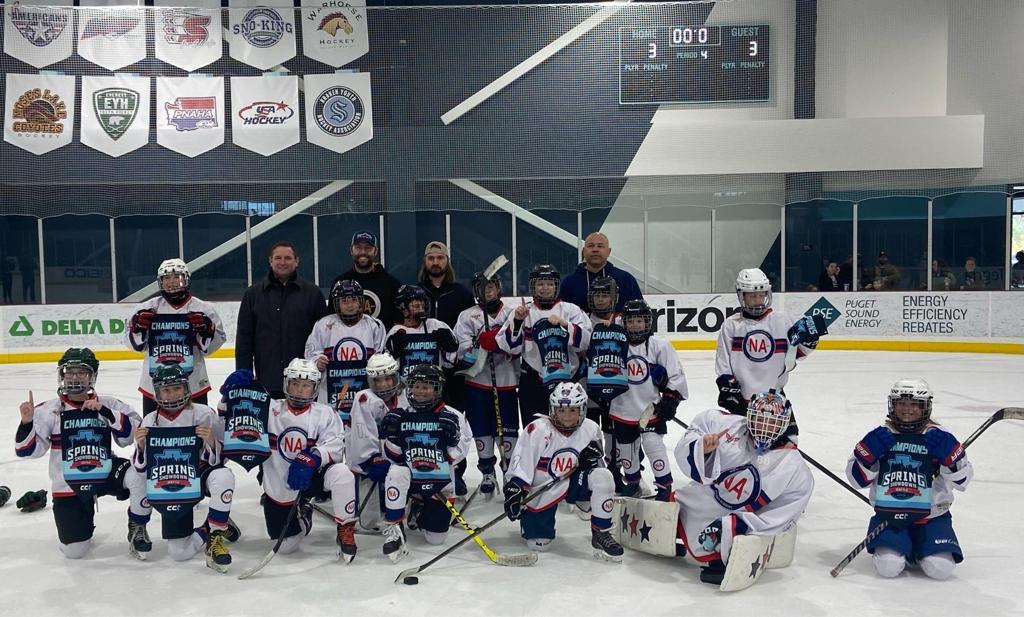 CONGRATULATIONS - NA PREP U10 SEATTLE QUEST FOR THE CUP CHAMPS! 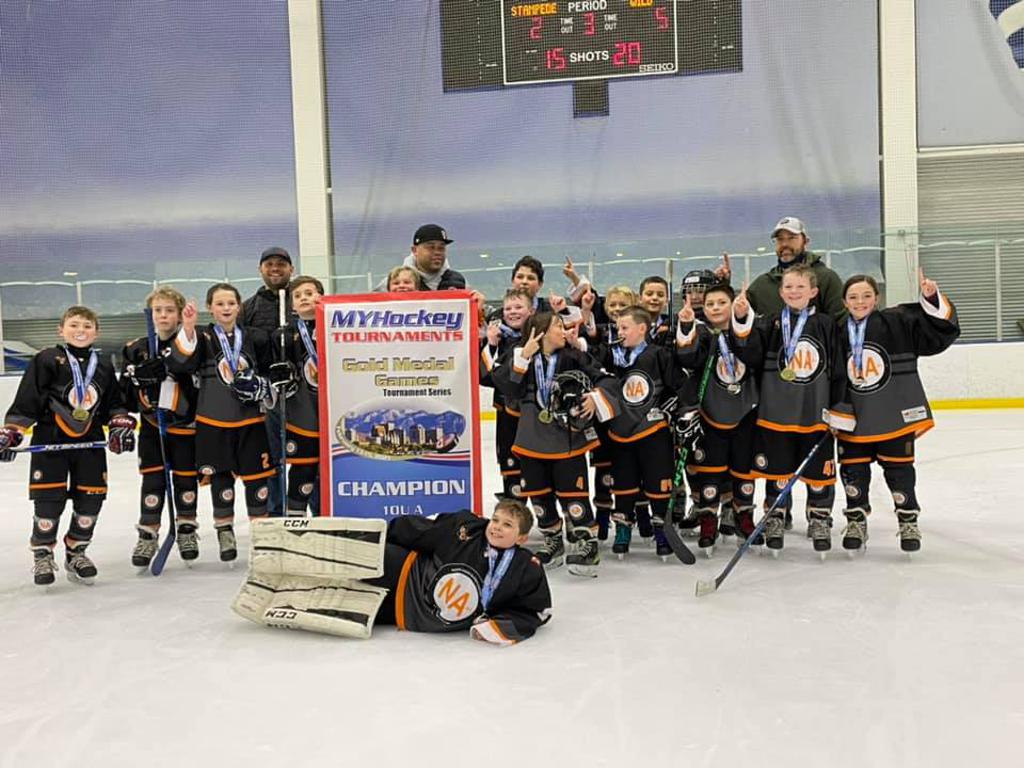 Montana Made is an organization founded on the sole principle to strengthen the growth and development of Montana hockey and it’s players. The benefit of supporting the growth of hockey and/or sponsoring hockey players in need will strengthen the hockey community in the state of Montana and have a positive impact on the chosen nominees, their families and the development and growth of hockey in Montana.

10 percent of funds from purchases of mästare products go to helping youth hockey players and the development of hockey programs in the state of Montana. The company was spawned out of the hearts and dedication to the game of hockey by its founders. They have partnered with Montana Made and North American Preparatory Hockey Academy, organizations that are dedicated to the financial support, improvements and growth of the game of hockey and it’s players in the Montana region.

Just a mile from the West Glacier entrance to Glacier National Park, you can enjoy a complete Montana vacation experience. Stay in our cozy Glacier National Park cabins, spend time on the river whitewater rafting or fly fishing and even host your wedding or family reunion with breathtaking views of the mountains as your backdrop at one of the top Montana wedding venues. Our resort provides a perfect base for exploring beautiful Glacier National Park.